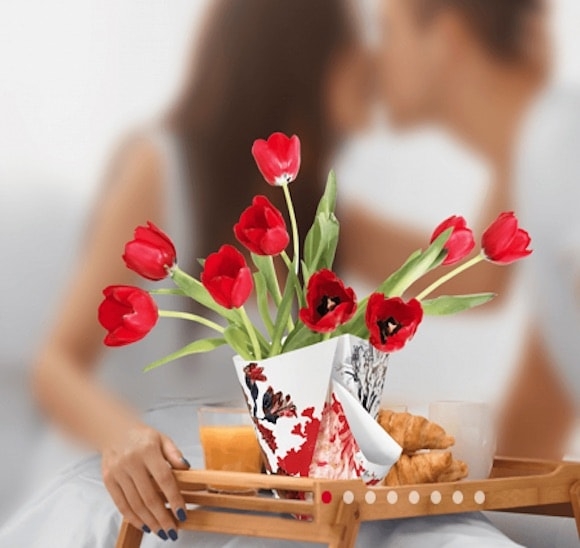 Most viewed
prev
next
Page:
View all 569 products

Soon, it is the second Sunday of May and that means Mother's Day. At least, in a lot of Western countries.

In families that celebrate Mother's Day, the mother gets to relax the whole day. Most mom's get their breakfast in bed and they get gifts. Household tasks should be carried out by the father and the children. Often the younger children at school or at the nursery make handmade gifts. Also on this day is often visited. Flower shops are experiencing an absolute highlight in the week before Mother's Day.

The history of Mother's Day

The worship of mothers is a very old tradition and goes back on the mother cult in ancient Greece. The formal mother cult with ceremonies for Cybele or Rhea, the great mother of the gods, was practised on the ides (15th day) of March. Only in the middle of the 19th century, mother's day in America. The feast day has been in its current form from the United States over the rest of the Western world. In the Netherlands began the tradition around 1925.

Silver, aluminium and rubber necklaces from casual to chic. The most beautiful scarves with motives of Canal houses, Amsterdam and other Dutch cities, Van Gogh, Rembrandt, Mondrian and Hieronymus Bosch. All top mother's day gifts!

Tencel, soft as silk, made from eucalyptus trees. It prevents irritation, is anti-allergic and antibacterial. The motifs are inspired by explosive flower still lifes by Gerard van Spaendonck.. In four different designs. Something really special for mother's day!

Mother's day gift ideas: a Metalbird or a Canal necklace

Always a bird in the tree with a special profile Metalbird, a well-known bird in metal that you are so in the trunk of the tree. Interesting are the 3D printed Canal chains: the city of Amstedam as pendant, available in different colours. Also fun are the Humble, Wick and Guidelight LED lamps. Real atmosphere bringers.

Cosy fondue with the all-new stylish copper fondue pan of Boska. Also original and a very affordable gift is the Amsterdam Piepei – a fun egg timer that with Dutch tunes indicates when your egg is perfect – there is also a Beep Egg in Delft blue.

Also for mother's day all design from the Netherlands

Holland Design & Gifts hosts a range of over 100 Dutch designers. They design under their own name or for well-known Dutch labels such as Droog Design, Functionals, Gispen and Goods and sometimes for foreign brands such as Hay and Alessi. You'll find special mother's day gift ideas at Holland Design & Gifts, your webshop for Dutch design, accessories and original gifts.