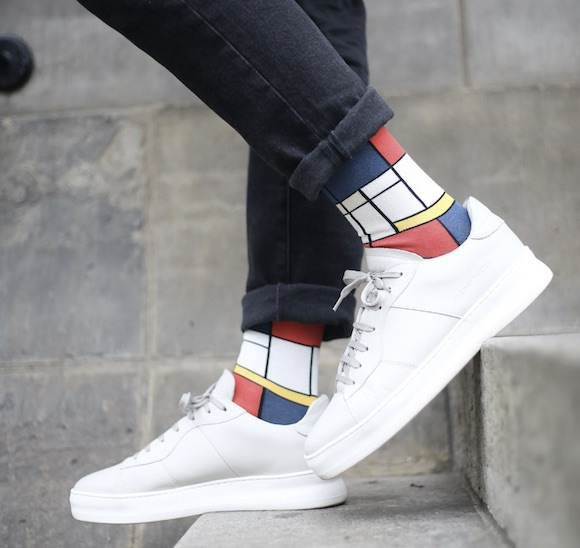 Who's afraid of red, yellow and blue?

is a Dutch art movement named after the magazine De Stijl, founded in 1917 by artist and publicist Theo van Doesburg. The members of De Stijl strived for a radical reform of art, in line with the technical, scientific and social changes in the world. This reform consisted of the use of primary colours, combined with black, white and gray and a simple design. The magazine remained small, but had a major influence on art in the Netherlands and far beyond, better known internationally as neoplasticism or Nieuwe Beelding.

Piet Mondriaan (1872 – 1944) was a Dutch painter, art theorist and one of the most important contributors to the magazine De Stijl. He is widely regarded as a pioneer of abstract and non-figurative art. His later geometric-abstract work in particular, with the characteristic horizontal and vertical black lines and primary color areas, is world famous and serves as a source of inspiration for many architects and designers of applied art.

Artworks by Mondriaan in NL and US

With more than 300 works, the Gemeentemuseum Den Haag has the largest Mondrian collection in the world, with almost all known works from before 1914, works from his later period and also his last unfinished work of art Victory Boogie Woogie.

Gerrit Thomas Rietveld (1888 – 1964) was a Dutch architect and furniture designer. He is best known as a member of De Stijl and as a pioneer of Nieuwe Bouwen. Well-known works: Red-blue chair, Zigzag chair, Rietveld Schröder house, Chauffeur's house, Waldeck Pyrmontkade in Utrecht, one of the first houses built with prefab elements. De Stijl gift tips and accessories In the range of Holland Design & Gifts you will find a selection of gifts and accessories based on work by members of De Stijl or inspired by De Stijl, including:

- the famous Rietveld chair in miniature

- Clic by Suzanne, jewelry in simple shapes and primary colors.

Holland Design & Gifts houses a range of more than 100 Dutch designers. They design under their own name or for well-known Dutch labels such as Droog Design, Functionals, Gispen and Goods and sometimes for foreign brands such as Hay and Alessi.