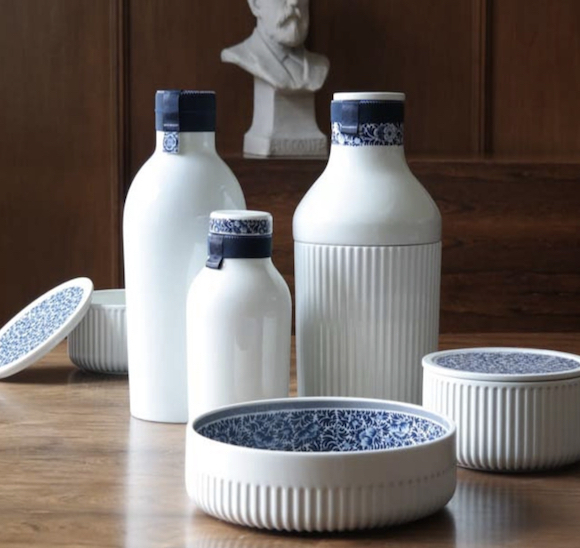 Most viewed
prev
next
Page:
View all 127 products

The origin of Delft Blue dates back to the start of the 17th century. In addition to spices, the VOC (Dutch East India Company) ships also brought black blue on white decorated porcelain from China. This porcelain soon became popular with the wealthy. When imports came to a halt as a result of the civil war in China, the Dutch potteries saw an opportunity and began the production of Delft Blue, which is today known as a typical Dutch product all over the world. Our assortment of Delft Blue consists of contemporary and unique classic Delft Blue pottery, designs inspired by Delft Blue and home accessories with Delft Blue prints.

Delft Blue is contemporary and popular. Take a look at the new Jheroplates, decorative scarf or wall plate - commemorating 500 years of Hieronymus Bosch - and the Delft Blue Diskus plate by Royal Delft with different texts in both Dutch and English. Also contemporary is the Splash series by Hollandsche Waaren, tableware with blue spatter patterns on white, designed by Anne-Marie Jetten. Characteristic Dutch themes with a contemporary touch

include the Delfts Blond tableware by Blond Amsterdam and the popular Delft Blue vase.

Delft Blue is not only limited to pottery. The Delft Blue cuff links include a small Delft Blue tile, but also the Delft Blue shoulder bag, laptop bag and wine cooler bag have a fresh Delft Blue imprint. Beautiful products!