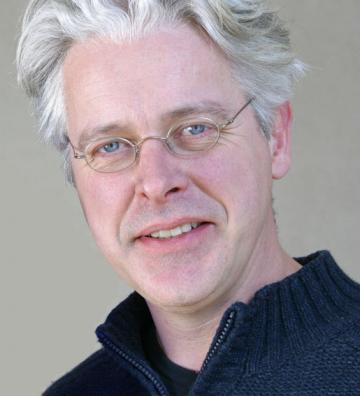 Noyons was born in 1956 into a family of jewellers. His father, Jan Noyons, was a known artist and goldsmith. Naturally, William Noyons became active in the design profession. He is known as a visual artist and designer, but has a versatility that is unmatched!

Many of the products designed at the Atelier Willem Noyons have attained enduring popularity. This can be attributed to the imaginative and timelessness of his designs. From the beginning of his career in 1982, Willem has shown a great ability when it comes to the selection of materials. This, coupled with his inspiring ideas and realistic budgets makes clients love doing business with this top Dutch designer. Noyons is often asked to do graphic and sculptural work. Sometimes exclusively for clients, and in other cases he designes products to sell through design shops and museums.

In addition to his Studio Willem Noyons, artist and designer Noyons is CEO of First Polygon, a company specialising in interactive 3D visualization.

Atelier Willem Noyons is located in Utrecht. It comes as no surprise that Willem contributed to the Museum Catharijneconvent for the retrospective exhibition on the work of his father (1918-1982). Noyons enjoys an exceptional reputation. Partly because of his vase designs for the wedding of Willem-Alexander and Máxima, the birth of Princess Alexia and the coronation of the new king. His work can be found in the Stedelijk Museum and National Museum of Glass.

His accessible style and conceptual approach to products is also reflected in some of his most famous designs. The Pure decanter set, for example, is not only a beautiful addition to any interior, but also inventively designed. The set consists of 4 glasses with dimensions based on metrics by benedictine monk Dom Hans van der Laan, in which a glass serves as the stop on the carafe. The artistic Double Vase by Goods Double Vase also appeals to the imagination. Because it consists of two tapered shapes, these mouth blown glass vases can be used in several ways. You can simply use the lower part; the part of the Goods Double Vase that you fill with water. Or you can place the funnel-shaped part on top of it or in the lower part. Using the lower part, the vase is suitable for a single flower. When using the vase as the latter two examples, it can hold beautiful flower arrangements.