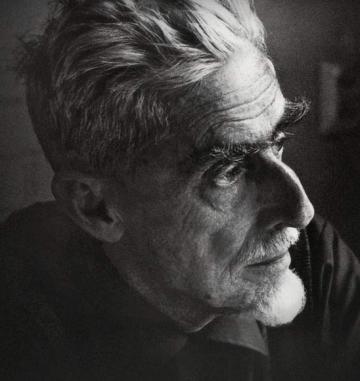 Everything about
M.C. Escher

Maurits Cornelis Escher (1898 – 1972), one of the world’s most famous graphic artists was born in Leeuwarden. At the age of 5, he moved to Arnhem where he spent most of his youth. After failing his high school exams, he ultimately was enrolled in the School for Architecture and Decorative Arts in Haarlem. After a week he decided he would rather study graphic art instead of architecture. Escher is most famous for his so-called impossible constructions such as Ascending and Descending, Relativity, his Transformations Prints such as Metamorphosis I, II and III, Sky & Water or Reptiles.

All of his life, Escher was fascinated by repetition, like some sort of continuity in eternity. With an immense passion, he discovered the regular tessellation in his so-called symmetry prints. With regular tessellation one means a print that is completely filled with similarly shaped figures that don’t overlap anywhere. For this, Escher was inspired by Moorish art. In Moorish pieces of art, the figures were abstract, but with Escher, they depict recognizable things, mostly animals such as reptiles, fish, and birds.

During his lifetime M.C. Escher made 448 lithographs, woodcuts and wood engravings and over 2000 drawings and sketches. In addition, Escher illustrated books, designed tapestries, postage stamps, and murals. Escher was left-handed, like even more famous predecessors like  Michelangelo, Leonardo da Vinci, Dürer and Holbein.