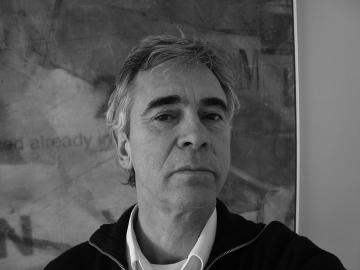 Designer, artist and writer Gerard Vollenbrock (1949) lives and works in Arnhem and Greece. In the creation of familiar shapes and modest constructions, he draws a lot of inspiration from the island of Serifos. His Dutch background, however, continues to be evident. This is why the designs by Vollenbrock still fit into the current zeitgeist. His work is regarded as some of the best in the world.

After studying graphic design at the AKI ArtEZ Art & Design Enschede (the former Academy for Art and Industry) Vollenbrock continued his studies in Arnhem. The Academy of Fine Arts showed him a different, almost architectural side of the visual arts. Until today his passion for the visual arts influences his furniture design. Since 1984, Gerard presents himself as a furniture designer. And not without success! His mastery of materials and stylized form has not gone unnoticed. Today, his works can be found in the collections of Leolux, Linteloo, Cascando , Lande and Gelderland. Between 1987 and 1992, Gerard Vollenbrock was a lecturer in Furniture and Interior at the Academy Minerva in Groningen.

Furniture designer Gerard Vollenbrock loves simplicity and expertly crafted furniture. In the design of the side table Tripodi Cascando, those influences are clearly reflected. The elegant tripod has been produced in different polishings of solid aluminum, and the table top has a subtle detail through the use of clear or frosted tempered glass. For one of his most famous designs, the Scylla chair, Gerard was inspired by a nymph from a Greek legend. By combining building styles such as as De Stijl and Bauhaus, a consistent seating shape to slightly curved back was created.