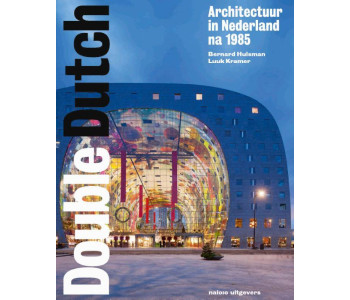 Double Dutch #2
Dutch Architecture as of 1985

Dutch architects surprised the world with unconventional designs such as the Kunsthal (Art Hall) by Rem Koolhaas And what about the spectacular Dutch MVRDV pavilion at the World Expo in Hanover in 2010. Hulsman also describes how postmodernism influenced Dutch architecture; the most modern architecture country in the world. How the revolution of ‘ het Wilde Wonen’ (Wild Living) failed. The return of the ornament and the growing attention to craftsmanship and sustainability.

Bernard Hulsman (1958) studied political science and has been working as an editor at the NRC Newspaper since 1990. The work of photographer Luuk Kramer (1958) has been included in several museum collections, including those of the Rijksmuseum and the Stedelijk Museum Amsterdam.